“On this Flag Day 2016, in respect for the victims of the terrorist attack in Orlando, Florida, the American flag is flying half-staff at all Port Authority of New York & New Jersey facilities in solidarity with the state of Florida, the nation and the world.”

Whether it’s a World Trade Center groundbreaking, 9/11 remembrance or participation in a parade, the Port Authority Police Department Honor Guard — with its precise military bearing and synchronized steps — lends a serious and formal tone to all things Port Authority.

“The honor guard members are the ambassadors of the PAPD,” said Sgt. Craig Hoo, who oversees the Special Services unit. “We must remember that Flag Day for the Port Authority is a reminder of what we’ve endured as an agency and what the nation has endured.  Being a veteran of the U.S. Marine Corps, it gives me pride to know our American flag is well represented by the PAPD Honor Guard members.” 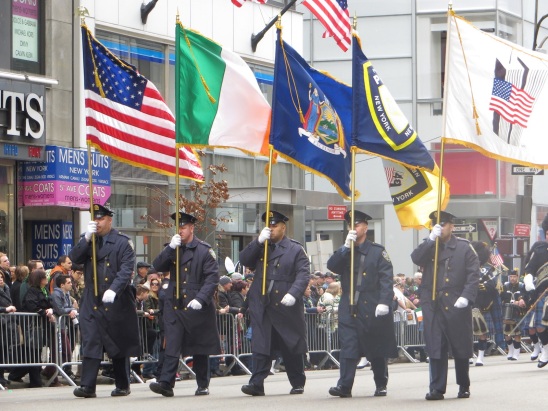 PAPD Lt.  John Schelhorn, senior trainer and veteran honor guard member, is responsible for ensuring that its members are trained properly and prepared for every event. “Repetition is how we master precision,” he said. “Having extensive practice along with on-the- job experience is what creates a successful honor guard.” 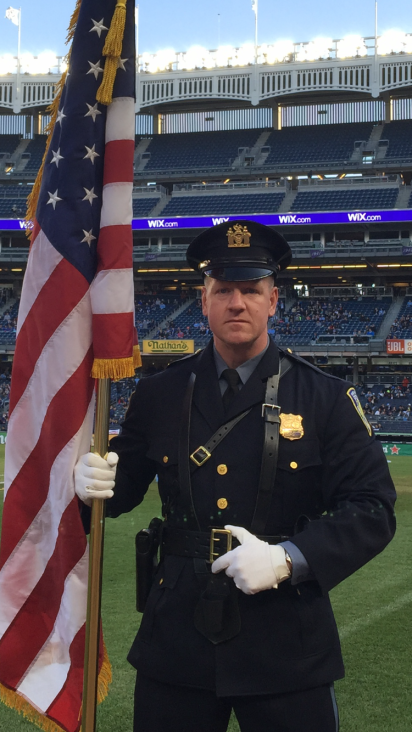 “As a member of the honor guard, I’ve had the privilege to represent the Port Authority Police Department with pride, service and distinction for the past 11 years,” said Schelhorn, who mastered his craft at the Passaic County Honor Guard Training Camp in New Jersey. “Whether it was paying homage to a fallen brother or sister officer or presenting the colors at a major event, I always try to perform in a highly professional manner alongside the other outstanding members of this unit. I carry a tremendous sense of responsibility when I work.”

Sgt.  Scott Kelliher, a PAPD officer for the last 21 years, is the longest-serving member of the honor guard unit. “Everyone who’s an honor guard member cares deeply about the families of fallen officers and takes great pride in the department’s image.”

Maintaining a high standard for the unit involves learning a broad range of ceremonial protocols, including the technique for handling caskets, folding flags and arranging those flags in shadow boxes, which are given to the families of fallen officers and retiring police officers.

The assignments of the PA honor guard unit sometimes are performed while its members are experiencing great personal, physical and emotional strain because their work is associated often with the tragic events of 9/11. Their training requires discipline, focus and at times, even the ability to disconnect, at least temporarily, from immediate surroundings in order to perform at top form.

Much of the unit’s success can be traced directly to the work of the late Superintendent Fred V. Morrone. In the late 1990s, along with retired Special Services Sgt.  Joseph Sroka, Morrone recreated the role of the honor guard as the Port Authority’s frontline ambassadors.    Superintendent Morrone died in the Sept. 11 attacks while rushing upwards while others were coming down.

Yet the high level of professionalism and presentation that Morrone instilled was on full display in the immediate aftermath of 9/11 as PAPD honor guard members attended all 37 funerals of the PAPD officers who made the ultimate sacrifice that day.