Senior Treasury analyst Mark Wellington commutes to work like many Port Authority employees. He takes the Metro North Railroad to Grand Central, hops on the downtown 4 or 5 to Fulton Street, walks through the Oculus and up to 4 World Trade Center for the day ahead.

While most commuters complain of overcrowded trains and delays, Wellington faces obstacles of his own from the second he steps onboard. He is visually impaired from a hereditary condition that has gotten progressively worse over time. It hasn’t limited his contributions as a professional during his nearly 10 years with the Port Authority, starting as an intern in 2009.

Wellington joined the agency through the Disability Mentoring Day Program sponsored by New York City. While the program typically involves shadowing employees for a day, Port Authority supporters saw potential in Wellington and the other mentees, and advocated for full-length internships. In the years since, he has given back to an agency that embraced his talents and enabled him to thrive. 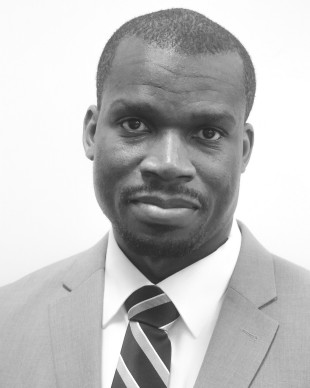 “Being a person with disability, having to use public transportation, working for a transportation agency, I was like ‘OK, this is a good marriage,’” said Wellington.

He uses a program called “Job Access with Speech” (JAWS) that allows him to work at the same pace as his colleagues and produce quality work. JAWS acts as a screen reader that provides text-to-speech technology that actually allows him to listen at two-to-three times the normal speed.

“Your business manager doesn’t know what your needs are all the time,” he said. “If you don’t talk with them and tell them, they aren’t going to know. You have to advocate on behalf of yourself and let your needs be known.”

While Wellington advocates well for himself, there are many Port Authority staffers with disabilities, apparent and otherwise, who have been less effective. That drove Wellington and some of his colleagues to start the Port Authority Abilities Network, which serves as one of the Port Authority’s Employee Resource Groups, has 70 members and allies, and is designed to build a more inclusive and accessible environment for employees and customers. He cited the unemployment rate of those with disabilities being at 79 percent as a significant factor in helping others.

“I was thinking how can we be able to bring more people into the agency with disability, there are a lot of stereotypes that you aren’t able to do the job, what accommodations am I going to have to make, how much is it going to cost.”

In its infancy, the Abilities Network would be engaged just days before the opening of new projects, leaving little to no time to implement accessibility changes. Today, the group’s insight is solicited early in the planning process. Its members have been called upon to do a walkthrough of the new No. 1 subway entrance in the Oculus, to advise on the doors connecting Fulton Center to the Oculus that had been accommodating to those with disabilities, and review staircases at PATH stations.

For Wellington and the rest of the Abilities Network, the objective is to create awareness and to be treated fairly, and not be defined by their disabilities.

“Treat everyone like people first,” he said. “Don’t say the guy who is wheelchair-bound, say someone who uses a wheelchair, put the person first. When we start to see people in that light, as people first, the conversation becomes so much easier.”