Posted on December 22, 2017 by PANYNJ PORTfolio

The Lincoln Tunnel, one of the early marvels of the automotive age, still looks good for an octogenarian.

Opened 80 years ago today, a tunnel that now handles more than 30 million cars and trucks each year is a testament to the countless Port Authority employees over the decades involved in its creation, operation, maintenance and ability to withstand the wear and tear of such a heavily traveled span.

“We salute the staff of dedicated men and women of the  Port Authority who continue to honor the legacy of this great facility with skill and hard work on a daily basis,” said Lincoln Tunnel General Manager Gerard Lindenmeier. 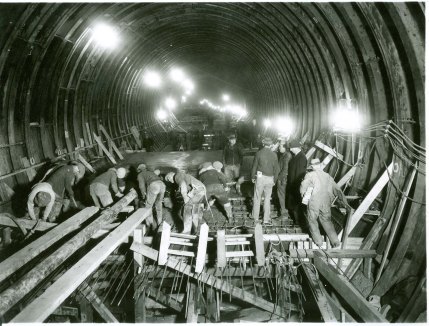 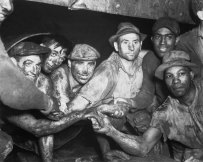 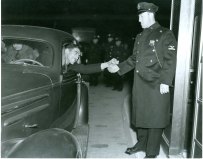 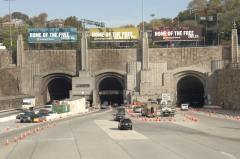 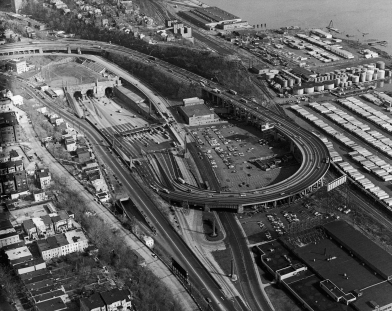 Over its eight decades, the Lincoln Tunnel has proven a vital and resilient connection between New York and Weehawken, N.J., contributing to regional economic stability and growth. The 1.5-mile structure was designed by Norwegian-born civil engineer Ole Singstad, and construction began in 1934 on what would originally be called the Midtown Hudson Tunnel.

The tunnel was designed for two tubes, with the second opening February 1, 1945. But it eventually became clear that two tubes weren’t enough to accommodate the increase in vehicular traffic, and the third tube was opened on May 25, 1957, south of the original pair.

On December 18, 1970, the Port Authority introduced the Exclusive Bus Lane (XBL), the 2.5-mile contra-flow lane along Route 495 considered a traffic breakthrough at the time, and a concept that has been implemented at other tunnels across the United States since then.

For engineering achievements such as the Lincoln Tunnel, statistics often help round out the story. Here are some of the more notable aspects of the span:
• Width of each tunnel roadway: 21 feet, 6 inches
• Operating headroom: 13 feet
• External diameter of tunnel: 31 feet
• Maximum depth from mean high water to roadway: 97 feet
• Length of tunnel (portal to portal):
North tube: 7,482 feet
Center tube: 8,216 feet
South tube: 8,006 feet
• Number of toll lanes: 13

To learn more about the history of the tunnel, visit http://www.panynj.gov/bridges-tunnels/lincoln-tunnel-history.html