She’s the human version of a wayfinder at the Port Authority Bus Terminal (PABT) for almost 150,000 people who visit her information kiosk near the 8th Avenue entrance every year.

It’s been that way for more than 32 years. Wingfield joined the PABT in 1984 as an information agent where she learned the ropes by answering incoming phone calls. The Queens native soon earned a promotion to the next level, a post which she occupies today. 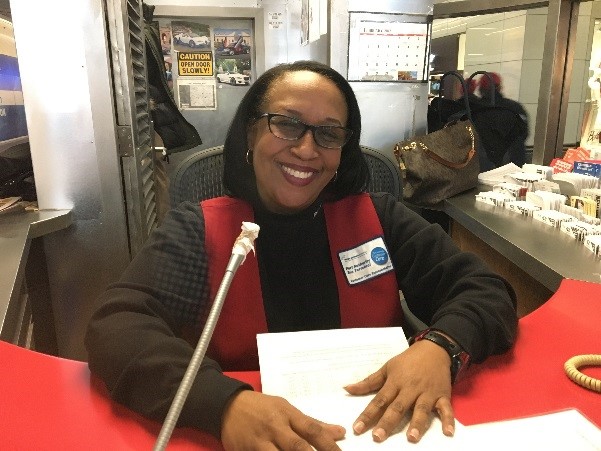 Winona Wingfield inside her kiosk at the Port Authority Bus Terminal, where she’s worked for more than 32 years.

Experienced commuters and newcomers alike queue at Wingfield’s window for a few moments of face time with her. They may speak different languages and hail from every walk of life, but most of them ask a variation on the same question: how best to navigate the wild world of New York City.

“It can be difficult sometimes, because I communicate with people in need, who are sometimes angry, stressed or in a rush, and on occasion in emergency situations,” Wingfield said.

Once Wingfield played a key role in returning a 15-year-old runaway to the safety of her family in Pennsylvania. The young woman had been missing from home for months when she turned up at the PABT. Wingfield’s instincts told her there “was something special about the girl.”

“I can’t recall now what she was wearing or what she looked like, but I just knew somehow she belonged somewhere. She looked like a person who had a family that cared about her,” said Wingfield.

Still, when the girl asked to use her phone, Wingfield hesitated. The use of personal phones on the job was strictly against the rules. Trusting her instincts, Wingfield handed the girl her phone anyway. The girl called her mother, who already had involved law enforcement. The call from Wingfield’s phone, and her conversation with the girl’s mother, helped authorities reunite the teenager with her family. 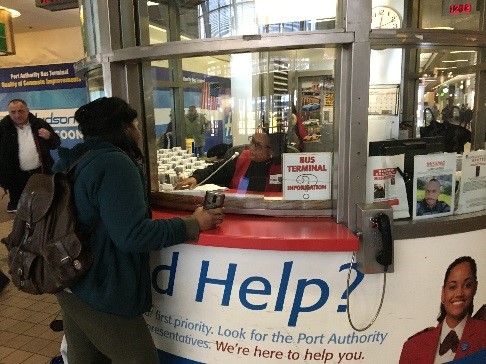 Wingfield provides assistance to some 150,000 people every year.

While Wingfield usually doesn’t get involved in the lives of the strangers in her line, she tries to be as friendly as she can, as if she’s known them a lifetime. She answers every conceivable question from restroom facilities to bus and train departures, walking directions, bus routes, gate numbers and a thousand other requests.

In fact, her style of customer service is so fast and efficient it rivals the megahertz of a computer.

Asked about how she handles some 500 people per shift, Wingfield says she really doesn’t do anything special. When it comes to technology, she’s old school; her only equipment are schedules, a telephone, a CPU monitor and, perhaps the most important of all, an easy smile.

“My focus is that everyone who stops at the kiosk gets the assistance they need. That’s my main priority. It’s important to me,” she said. 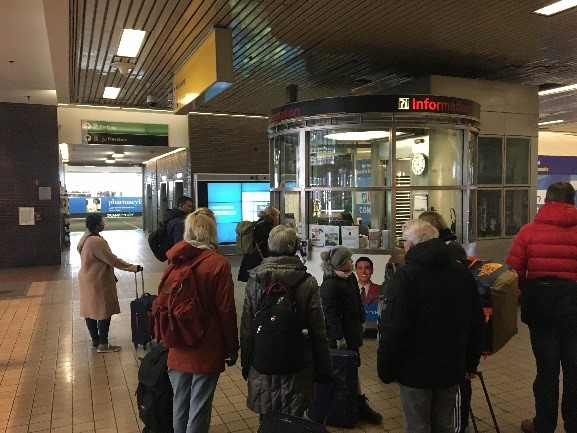 Wingfield provides assistance to travelers from every walk of life and to many for whom English is not their first language.