Amtrak and PATH: Working Together for the Good of the Region

When steely-eyed reps from railroad organizations meet across a table to reach a mutual agreement, sometimes tempers flare, sparks fly and negotiations derail.

But soon after PATH General Manager Mike Marino assumed the top post at the transit agency in 2015, he negotiated a formal agreement between PATH and Amtrak for the future ongoing maintenance of the Dock Bridge, located just east of Newark Penn Station. Previously there had only been an informal arrangement in place. 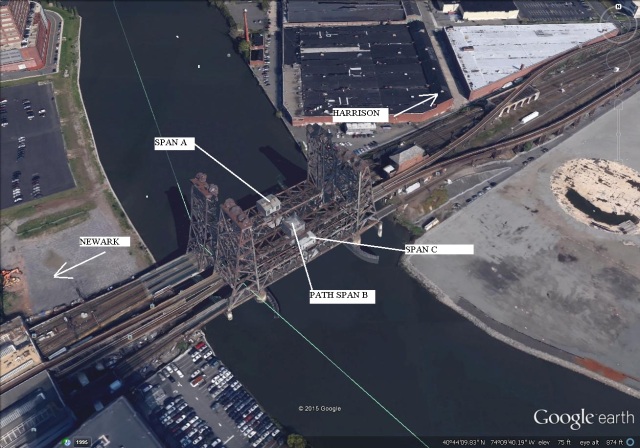 Marino’s success with Amtrak was helped along by strong relationships he had forged with Amtrak during his 24 years as a superintendent. Fortunately, he could count many of the players at the table as friends.

“Whenever something goes wrong, the formal agreement between Amtrak and PATH requires that representatives from both transportation organizations respond together to assess and fix the problem,” Marino said. He believes that delays on the span will improve over time, albeit slowly, because of the productive relationship between PATH and Amtrak.

A high degree of coordination is essential on the Dock Bridge because operations are a labyrinth of different computer systems, power sources, and signal systems.

Built in 1935, Amtrak owns the bridge. It has three spans, or sections of track, that serve not only Amtrak, but also NJ Transit (NJT) and PATH trains.  Amtrak and NJT operate jointly on two of these sections, while PATH operates in the middle section on the third track. Amtrak and NJT use a different signal system and power source, so PATH cannot operate on these two spans.  Similarly, Amtrak and NJT cannot operate on PATH’s span.

Amtrak and PATH share the maintenance of signals and bridge gear such as the proximity switches, which are located beneath the tracks and must make contact with the track to indicate an approaching train.  Because of the bridge’s age, heavy use, (and even whacks from a few boats), sometimes these switches do not immediately align with the track correctly.

“There are unavoidable problems because the bridge is 81-years-old,” said Marino, who oversees all aspects of PATH operations.

And malfunctioning switches translate into delays for passengers, especially because the bridge crosses the Passaic River along a portion of the Northeast Corridor that is one of the busiest and most critical stretches of rail anywhere in the world.

What’s more, the Dock Bridge is an “on demand bridge,” meaning all three spans must be opened at the same time for Coast Guard water traffic, which has priority over train traffic.

“The good news is the next time a train is delayed because of the Dock Bridge, PATH riders don’t have to worry that their safety is ever in jeopardy,” said Marino.  “Safety is PATH’s number one priority.  Riders can rest assured that the problem will be assessed thoroughly and 100 percent resolved before service resumes, although this causes occasional inconveniences.”