Posted on October 4, 2016 by PANYNJ PORTfolio

Each fall for the past eight years, Port Authority electrician Chris Bonanno has gathered his George Washington Bridge colleagues for a task 600 feet above the Hudson River that most would think of as scary, but for Bonanno is a labor of love.

Last week, Bonanno was joined by agency friends and colleagues in scaling the bridge to change the GWB’s signature necklace lights to glow pink in recognition of Breast Cancer Awareness month. The team placed pink gels, or transparent cellophane covers, over the bridge’s white LED bulbs to illuminate its message.

Breast cancer is a disease that affects millions of Americans directly, including Bonanno. His sister, Regina Rohn, is a breast cancer survivor. It’s estimated that one in eight women will develop breast cancer over the course of their lifetimes. This year, more than 246,000 new cases are expected to be diagnosed.

He came up with the idea of adorning the bridge with pink lights not only as a show of support for his sister, but to raise awareness on behalf of other families who’ve been affected by the disease.

A total of 156 lights will shine brightly in pink through the end of October, with the gels bearing the hand-written names of individual patients and stamped with the George Washington Bridge seal. The gels are donated to the Port Authority, and the installation time doesn’t require any overtime or additional agency cost. 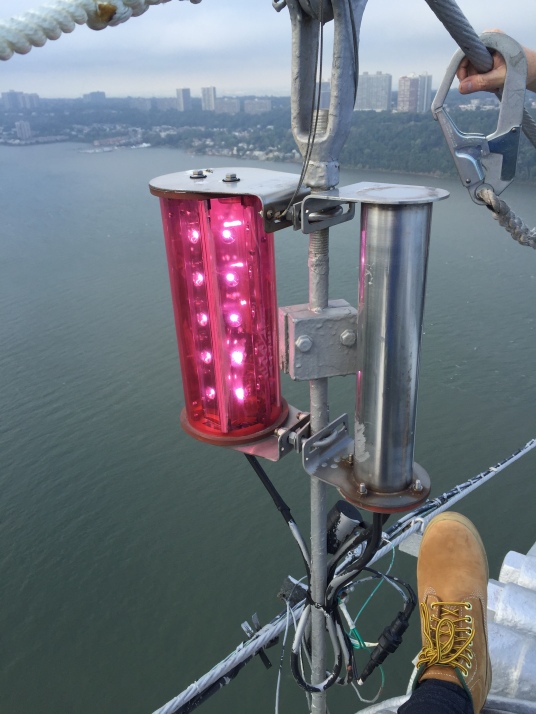 Bonanno praised his fellow electricians, many of them also touched in their own lives by friends and relatives with breast cancer, for participating in the GWB tradition, which is now in its eighth year.

“I really look forward to the day when we don’t have to change the lights to pink,” he said. 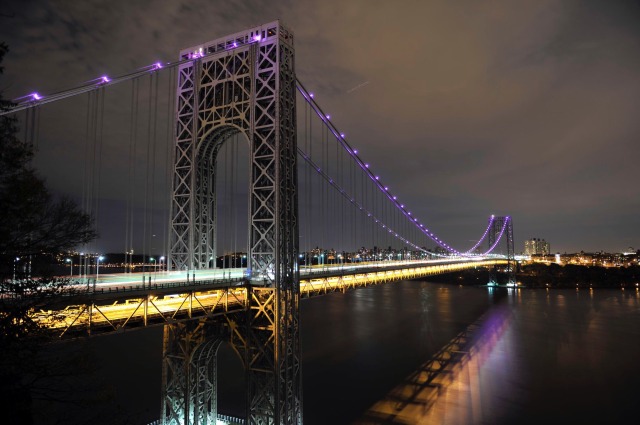