LaGuardia Airport: Flashback to the Past

Now that the ceremonial groundbreaking for the 21st century modernization and reconstruction of LaGuardia Airport is done, the airport’s long history officially turns over a brand new chapter.

The new plan calls for the remaking of the airport’s footprint and a 1.3 million-square-foot, 35-gate central Terminal B to be completed by the end of 2021, nearly a full century since the original site for LaGuardia was known as Glenn H. Curtiss Airport, named after the renowned aviation pioneer.

The future site of LaGuardia Airport:  The Glenn H. Curtiss Airport in 1929 was formerly the site of the Gala Amusement Park, owned by the Steinway family.  The park was sold and transformed into the 105-acre private Curtiss Airport, which was later renamed North Beach Airport.

The initial idea to develop an airport for commercial flights and the selection of the airport’s location began as a publicity stunt in 1934.  New York Mayor Fiorello La Guardia, the small-statured man known as “The Little Flower,” threw a tantrum by refusing to deplane from a TWA flight from Pittsburgh to Newark, declaring that his ticket showed his destination as New York. With reporters conveniently already aboard the airplane, the press conference that followed almost imediately made clear that the time had come for a new, modern facility closer to Manhattan. 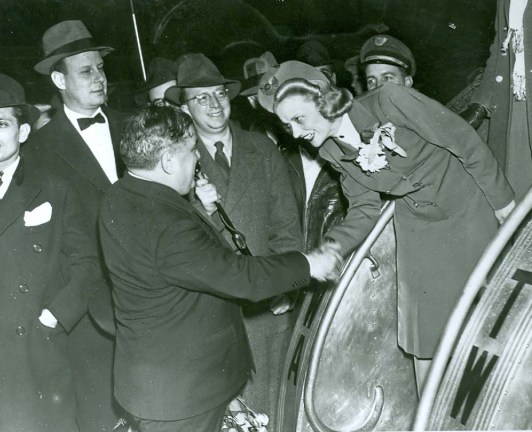 Mayor LaGuardia greets a “stewardess” upon the arrival of the first scheduled flight, a Transcontinental and Western Air (TWA) DC-3 from Chicago, which landed just after midnight on December 2, 1939.

By 1939, Mayor La Guardia had finished building his new airport in Queens, and he attracted the airlines with below-cost leases.  On the day the airport officially opened as the New York Municipal Airport – LaGuardia Field, the mayor addressed some 325,000 spectators attending the ceremony while three planes carried banners across the sky: “Name it LaGuardia Airport!”

Although the crowds loved it, and that’s what everyone would call the airport anyway from that day forward, the name wasn’t officially shortened to LaGuardia Airport until 1953.

During La Guardia’s term in office, he used his charismatic personality, domineering leadership style and considerable clout with the Roosevelt Administration to garner $1.1 billion in resources, funds that he used not only to build LaGuardia Airport and (Idlewild Airport), now John F. Kennedy International Airport, but also to construct signature infrastructure all over New York City.

By 1945, the continuing investments needed to sustain development and operations at both airports proved too draining for New York City or the airlines.  Ultimately, La Guardia’s successor, Mayor William O’Dwyer, requested the Port Authority make a study of both airports to determine whether it was feasible for the agency to operate them.  In 1947, the Port Authority signed the lease with New York City, and a year later  the Port Authority assumed responsibility for airport operations and development, adding a new terminal building, a new control tower and an air cargo center.

LaGuardia Airport in 1948, the year the Port Authority assumed responsibility for operations and development at both LaGuardia and Idlewild Airports. 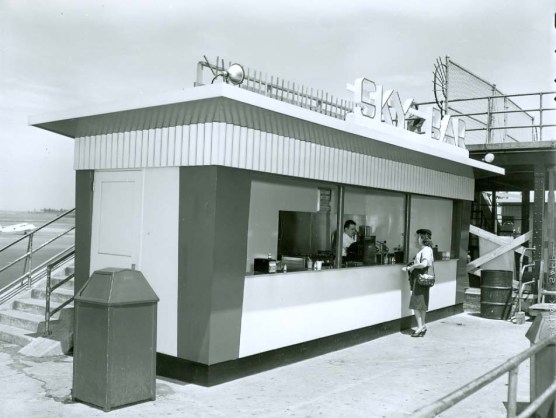 A hot dog stand called the Sky Bar opened in 1948 at LaGuardia Airport. Even after its construction was completed in 1939, Mayor La Guardia remained a staunch advocate of increasing aviation capacity in NYC.  In 1943, the City broke ground for Idlewild Airport, which opened in 1948, although Mayor LaGuardia died in 1947 before it opened.

LaGuardia was a large and impressive airport for its time, with its six hangars the largest in the world in 1939.  By the 1960s, however, the main terminal building, located adjacent to the Grand Central Parkway, was outdated and bursting at the seams.

A new Central Terminal Building (CTB) replaced it in 1964. The $36-million, 1,300-foot-long structure was completed in time for the 1964-65 World’s Fair at nearby Flushing Meadows. With it came a rooftop observation deck running the full length of the terminal. The airport’s signature control tower, a circular design 150 feet high, had been completed two years earlier. 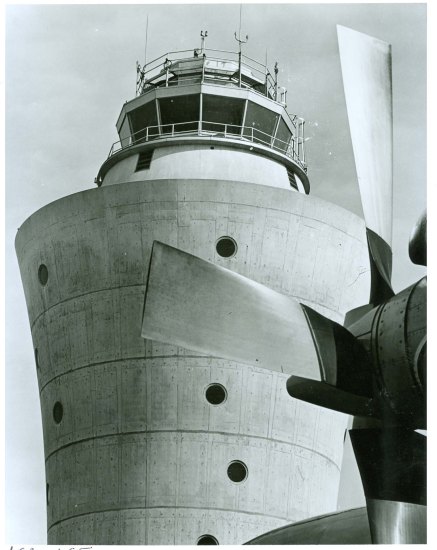 The second control tower at LaGuardia Airport opened in 1964.

The central terminal building saw further expansions in 1967 and again in the fall of 1992, when the west wing was extended by 55 feet for greeting areas, baggage belts and other operational requirements.

The end of 2006 saw the beginning of construction for a replacement control tower in which operations began in 2010.  The new structure’s height has air traffic controllers standing 198 feet high in a much more noticeable structure that is on the highway side of the central terminal.

In 2015, more than 28 million passengers used LaGuardia Airport, making it the premier business airport in the business capital of the U.S., the busiest airport in the country without non-stop service to Europe.