Posted on February 17, 2016 by PANYNJ PORTfolio 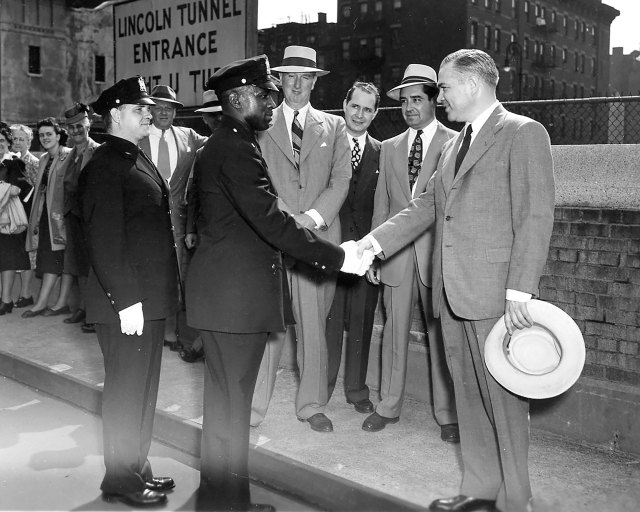 Dr. Byron, believed to be the agency’s first African-American police officer, came to the Port Authority after serving his country honorably during World War II as a Tuskegee Airman. At the PAPD, he was initially assigned to the Lincoln Tunnel Command. It didn’t take him long to make a name for himself: while playing shortstop for the Lincoln Tunnel softball team in the Port Authority championship game, he blasted a grand slam that helped his team bring home the trophy.

In an interview, his son Cyril Byron, Jr. recalled that his father’s ultimate goal during his law enforcement career was to work at the George Washington Bridge. That was just fine with the GWB Commander, who recognized his athletic prowess and recruited him to play for his team.  His transfer to the GWB came with the caveat that he could have “anything he wanted — except a transfer,” his son said. Fortunately, the new assignment at the GWB was exactly what Dr. Byron wanted, as it allowed him to work day tours while earning his Masters Degree at New York University. 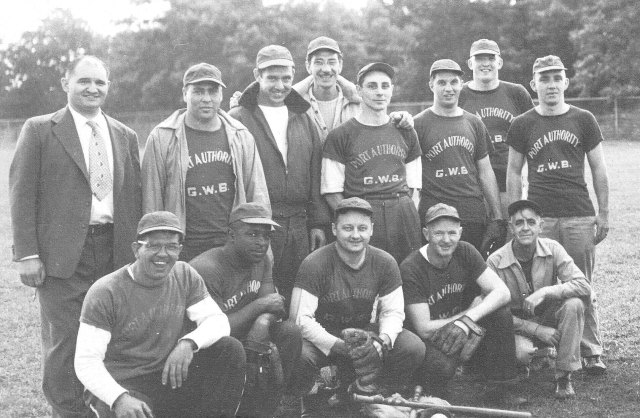 The fourth of six children of Jamaican immigrants who owned a catering company, Dr. Byron was born and raised in the Bronx and eventually attended Morgan State University in Baltimore. The harsh realities of World War II intervened, and his education was interrupted temporarily in 1941 when he left school to serve his country.  He was sent to the 99th Fighter Squadron in Tuskegee, Alabama, the renowned but segregated squadron of black fighter pilots known as “The Tuskegee Airmen.”

Upon returning home, he married his wife, Freda, in Atlantic City in 1945, completed his Bachelor of Science degree in Chemistry from Morgan State University and then hunted for a job as a research chemist. Fortunately for the Port Authority, he was unable to find work as a chemist and soon joined the PAPD force.   Four years later, he left the agency to pursue his twin passions of education and sports. 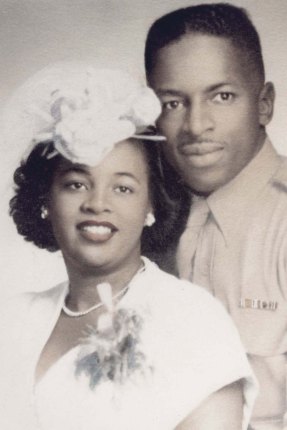 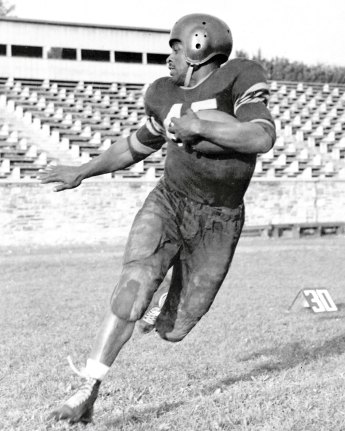 Dr. Byron continued to distinguish himself academically by earning a Ph.D in Science Education from Temple University, becoming one of a handful of black academics in America with a doctorate degree. He placed a huge emphasis on education and having a strong work ethic, advice taken to heart by his sons Cyril Jr. and Jeffrey.

As a result of Dr. Byron’s service as a Tuskegee Airman, he was entitled to wear a red jacket honoring the all-black squadron that was also known as the “Red Tails,” who painted the tails of their planes red.  He was an honored guest at both of President Barack Obama’s presidential inaugurations and in 2010 attended a screening of “Red Tails” at the White House, where he watched the movie with the President and the First Lady.

He died in October 2015 at the age of 95, leaving a rich legacy of tenacity and accomplishment that has touched the lives of many young people who have followed in his footsteps.  Throughout Dr. Byron’s life, young people asked him often for encouragement and guidance on the best route to a successful life.  His reply was always the same:  Pursue your education, he would tell them. “Education is our driving force today and every day.” 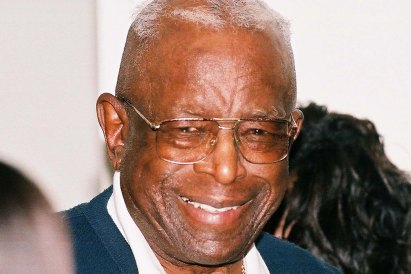 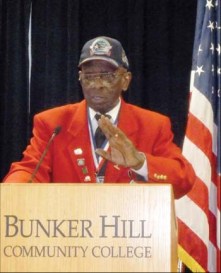