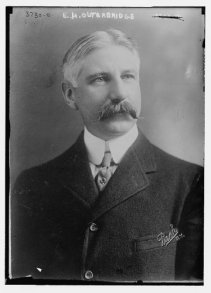 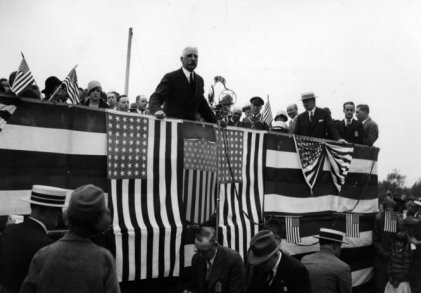 In truth, the bridge is named after the same thing almost every bridge is named after: a famous person. It’s just that in this instance the famous person has a weirdly appropriate surname—Outerbridge, as in American businessman Eugenius Harvey Outerbridge.  Mr. Outerbridge’s name is an example of aptronym, an uncommon neologism in which a person’s name is representative of its owner. Renowned tennis player Margaret Court and BBC weatherperson Sara Blizzard are two such examples.

The Port Authority just didn’t give Outerbridge the bridge because his name was so apt, however. In addition to being a prominent business executive in the early 20th century, Outerbridge was the very first Chairman of the Port Authority, and an essential figure in the earliest, most vulnerable days of the agency. When, in 1928, the Port Authority needed a namesake for its new cantilever bridge, the decision to honor its inaugural leader was an easy one. (The word “crossing” was added to avoid the awkwardness of calling it the Outerbridge Bridge.)

Born in Philadelphia in 1860, Eugenius Outerbridge, was quite the industrialist before he joined the ranks of civil service with the Port Authority. He established the Agasote Millboard Company in 1909, producing roof panels for railroad cars and automobiles. In 1916, the company introduced Homasote, a versatile fiberboard product that pretty much sustains the entire model train industry. Homasote would become the company’s signature product; it is still manufactured today by the Homasote Company in West Trenton, New Jersey.

(Quick tangent, number two: Eugenius wasn’t the only pioneer in his family. His sister, Mary Ewing, is considered the progenitor of modern tennis. She discovered the sport during a trip to Bermuda in 1874, and upon returning to the States, quickly established the country’s first tennis court on the grounds of the Staten Island Cricket and Baseball Club, and there played the first tennis game in American history against her sister, Laura.)

Sadly, Eugenius did not live long to admire the bridge named in his honor. In 1932, four years after the Outerbridge Crossing opened, he died in his home in Manhattan. The thousands who cross his bridge every day pay homage to his legacy, even if they don’t realize Outerbridge was a person at all.