Gate changes are coming Sept. 8 to the Port Authority Bus Terminal. Are You Ready?

Posted on September 3, 2015 by PANYNJ PORTfolio 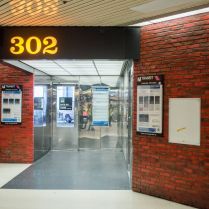 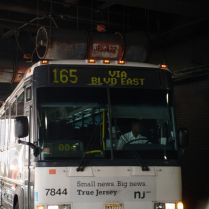 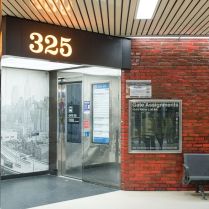 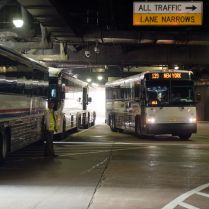 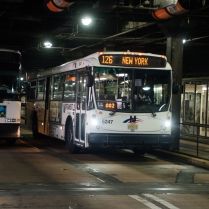 If you’re one of 110,000 commuters who travel to and from Manhattan each day via the Port Authority Bus Terminal, you may be in for a change on Tuesday, September 8.  On that day – the day after Labor Day – about one-third of the terminal’s daily commuters will find their normal bus routes assigned to new gates.

Why is this happening and what does it mean for you?

In the long term, the Port Authority and several of its bus carriers expect to build on the success of earlier changes that have led to less crowding on the platforms and a more reliable commute, due to the realignment of bus staging areas and the consolidation of operations on the third floor for NJ TRANSIT and the fourth floor for Coach USA, the terminal’s two largest carriers.

In the short term, many commuters will need to become familiar with their new departure gate locations at the terminal.  If you are one of those affected commuters, then September 8 will not be a day to walk through the terminal on autopilot to your old familiar gate.

Fortunately, the Port Authority’s “Terminal Guide” website provides the information you’ll need to prepare.  First, check the “New Gate Locations” charts at http://www.panynj.gov/bus-terminals/bus-carrier-gate-changes.html.  Look for your bus carrier and route.  If your route is not listed, your gate will stay the same.  If it is listed, mark down the new gate number and be ready to find it starting September 8 and thereafter.  The link allows you to read the information in English or Spanish.

Next, find the “Terminal Map” link at http://www.panynj.gov/bus-terminals/pabt-terminal-map.html.  This interactive map allows you to zoom in and magnify the gate numbers and other features.  Use it to help find your new gate location.

Being ready for the gate change is as simple as that.

In addition, from Tuesday, September 8 through Friday, September 11, the Port Authority and NJ TRANSIT will staff the bus terminal with ambassadors ready to assist commuters and direct them to their gates.

For the lead-in to next week, the Port Authority has placed signs throughout the bus terminal, and is working with the bus carriers to promote awareness through social media, brochures in English and Spanish, and other means.

The gate realignment – developed in a partnership between the Port Authority and its carriers including NJ TRANSIT; Coach USA, including Community Coach, Rockland and Shortline; DeCamp; and Lakeland – is the latest step in the Port Authority’s $90 million “Quality of Commute” program.  It builds on the success of last year’s on-time initiatives that have helped reduce lines and crowding conditions, improved bus flow during the afternoon rush hours and led to significant reductions in complaints about bus delays during the afternoon commute.

“Quality of Commute” also includes enhanced cell connectivity throughout the bus terminal’s South Wing, prior to the planned installation of Wi-Fi  later this year and the installation of new public restrooms.

Commuters seeking up-to-the-minute updates on conditions at the bus terminal and other Port Authority facilities can sign up for Port Authority alerts at http://www.paalerts.com/.